Temidayo and Kunle  met through a mutual friend. Temi wasn’t looking for a relationship at the time as she just ended a long winded relationship.  Kunle was very persistent from their first phone conversation after she gave her friend the go ahead to give Kunle her number. From then they talked everyday and found out they have a lot of values in common. She was so excited that she always looked forward to talking to him. He called her Mrs. Afonja from their first convo and they say the rest is history. They started dating within a month and it was a very unconventional short courtship.

From getting to know these two, you could tell they were madly in love with one another. We met up a couple months later to do an engagement shoot at the City Centre in Houston. Kunle had called us that he wanted to formally propose to Temidayo and wanted to do it during the engagement shoot. So I played along till we found the perfect spot for him to get on one knee. I had Temidayo strike a pose looking away while  Kunle got on one knee. I’ll let the images below tell the full story. Wishing you guys the best of luck as you embark on this remarkable journey called marriage. 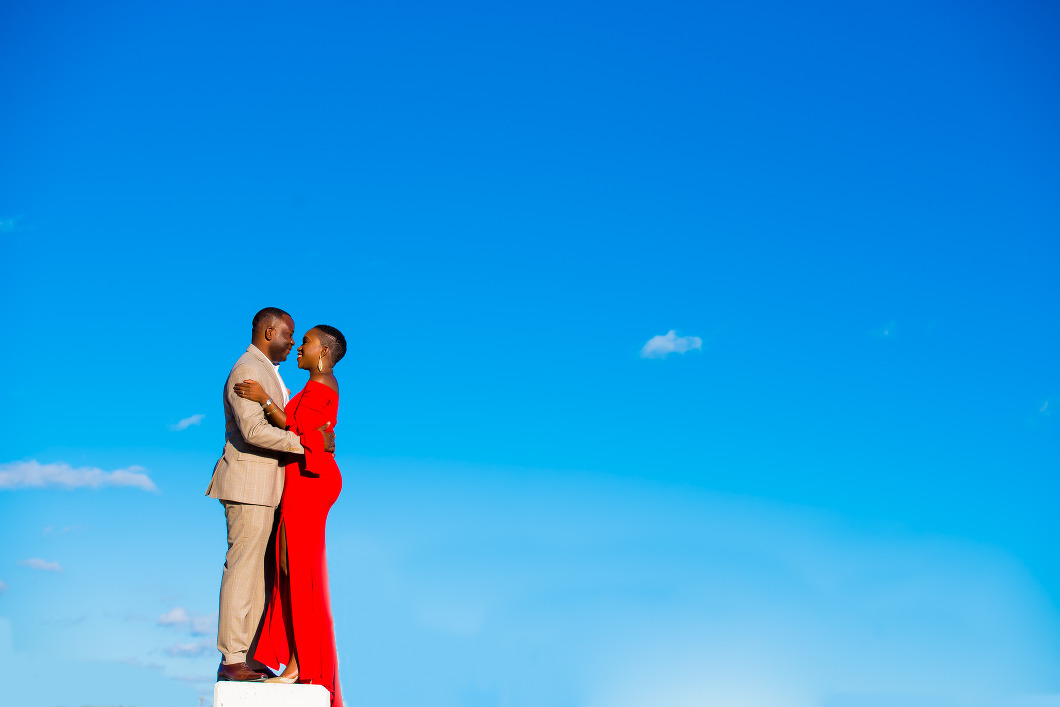